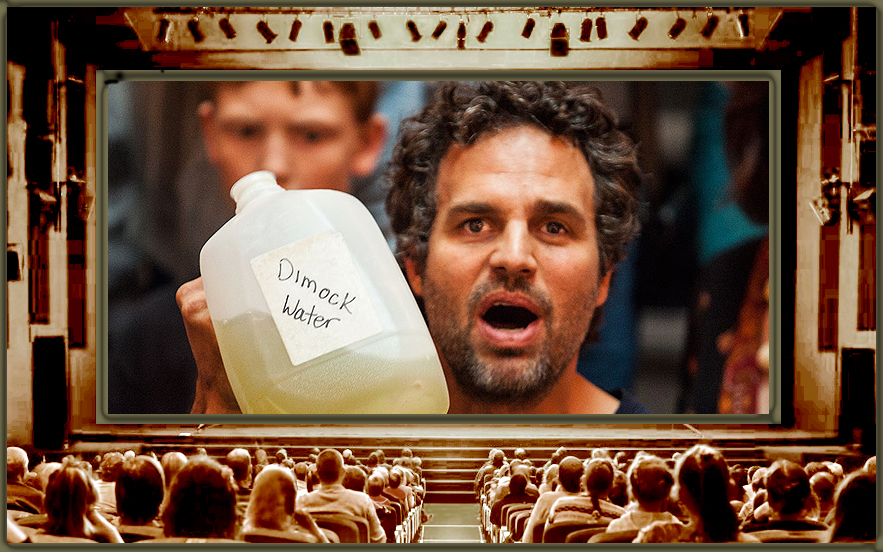 Jon Bowermaster (USA), Documentary Feature.  Oscar-nominated Mark Ruffalo is an advocate of addressing climate change and renewable energy and serves as executive producer of this revealing documentary about the full cost of fracking – and the corporate and political determination to do it anyway. The film takes a cross-country look at drilling, highlighting its variety of  toxic contaminants, the stories of its victims and the false promises of an economic boom. It highlights clean energy solutions that allows Americans a future that does not rely on dirty fossil fuel extraction processes.  With compelling interviews, a powerful and cogent narrative and alluring cinematography this formidable documentary leaves an impact on the viewer.

Guy-Roger Duvert (USA), Virtual Revolution, Film Feature – In 2047, most of the population spends their time in virtual worlds where they fulfill their fantasies.  An Agent is tracking terrorists who want to destroy them. Starring Mike Dopud (Stargate, Atlantis, Continuum) and Jane Badler (V, Mission Impossible). A thrilling ride with spectacular sets and dazzling lighting that raises some thought-provoking moral questions.

Vishal Jadhav (India), Flying Rainbow, Nature / Environment / Wildlife – Flying Rainbow is a Documentary about Oriental Dwarf kingfishers and their survival in the Western Ghats of India before and during the relentless monsoon season.  With sweeping, gorgeous cinematography and engaging commentary, it portrays the relationship that the weather has with these birds.  A labor of love filmed over a period of 7 years.

Matthew. K Firpo (USA / GREECE), REFUGE, Documentary Short – Refuge is a chronicle of human stories from the European Refugee Crisis, focused on the simple, important fact that every refugee is a human being, with hopes and losses and families just like each of us.  Filmed on location in Greece the filmmaker creates artfully told stories with authenticity, rawness and genuine heart.