Promoting independent filmmakers of cinematic gems and unique voices to a worldwide audience. 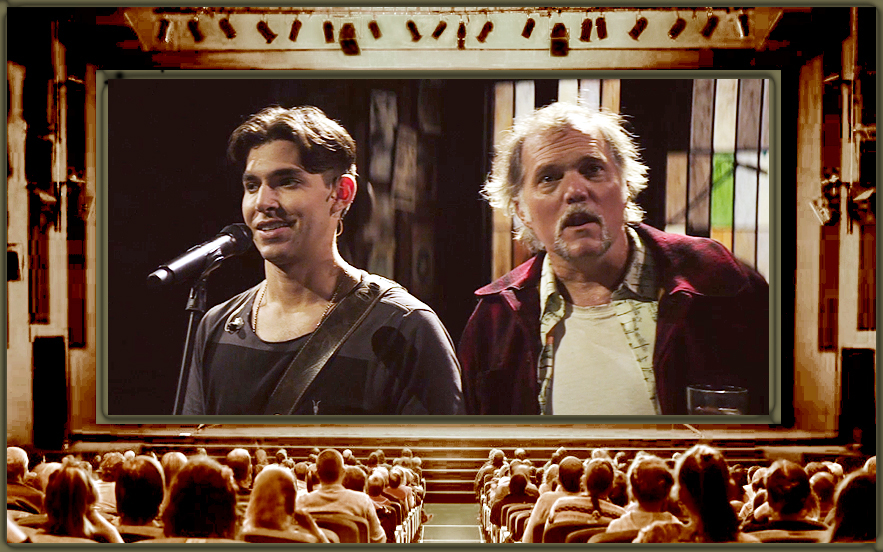 Josh Rhodes (USA), Beau, Film Feature – Beau is a raw, energetic and soulful movie that bridges the gap between live theater and film in creative and potent ways – a feat that including copious camera angles and lighting that is exceptional for both theater performance and film. A cross-generational queer story, Rhodes’s deft direction (Emmy-winning Company and Sondheim! the Birthday Concert) weaves together the best of theater, music and film with an exceptionally talented cast and superb technical craft. Tells the story of musician Ace Baker, who at 12 finally discovered the grandfather his mother intended to keep a secret; a man who changed Ace’s life forever by putting a guitar in his hand and self-love in his heart. Powerhouse performances by remarkably talented actor / musicians Matt Rodin, Amelia Cormack, Jeb Brown (The Path), Maximillian Sangerman, Jeremy Sevelovitz, and Marlene Ginader (Power). Lush cinematography from Emmy-nominee Brian Rigney Hubbard, creative production design by Paul Tate dePoo III, stunning lighting design by Adam Honoré, tight editing by Jamie Kirkpatrick, a memorable score and songs, with lively and outstanding sound design. Written / Created by Douglas Lyons with music by Ethan D. Pakchar. Producing: TBD Theatricals.

Juliana Tafur (USA/Colombia), INDIVISIBLES, Doc Feature – Emmy-nominee Tafur delivers an authentic, powerful, emotional treatise on the class system in Colombia, told through the stories of 6 disparate people. Brought together to explore how their “class” has informed their lives–through tears & laughter, they experience the gift of being in each other’s lives & connecting beyond labels, to the underlying humanity shared by all.

Fiona Cochrane (Australia), PATOU: In Black & White, Doc Short – Under the deft direction of Cochrane – the story of Jamaican singer Pat Powell (Patou) comes to life. A beautifully crafted doc that focuses on this exceptionally talented singer, his life and struggles over the decades, his experiences with racism, his search for self-identity and a passionate commitment to truth and integrity set against the backdrop of his varied career.

Paule Muxel (France), Tom & Luce, Film Feature – A couple in crisis is about to renovate an apartment. The state of the walls is like the state of their relationship – constantly changing. A mind-bending story with twists that serve as a metaphor for the complicated lives of the characters. Featuring a talented cast with potent performances. Alix Bénézech, François Pouron, Benjamin Gaitet, Fabian Wolfrom, Jérôme Cusin.

Nobuo Nakagawa (Japan), Dissociating Vulnerability, Film Short – A mysterious story – told from the perspective of a young man Shinya, who lost his mother in a car accident. A provocative woman, that only he can see, appears and changes the course of his future. A mind-twisting and impactful tale that is both compelling and emotional. Stars: Yuki Yamazaki, Kazane Nishimura, Keiju Takahata, Shizuki Chinose.

Jack Michel (Australia), The Price of Chewing Gum, Film Short – Two unassuming locals, Tilly and Shamus, sit inside a car, outside a petrol station, which they are about to rob…with a toy gun. So what’s the plan? A darkly comedic short, marinated in classic Aussie humor – with entertaining performances from a colorful cast. Stars Roy Barker (Blind Corners), Jess Kennedy (The Summer of ABC Burns ) and Jack Michel (Cerulean Blue).