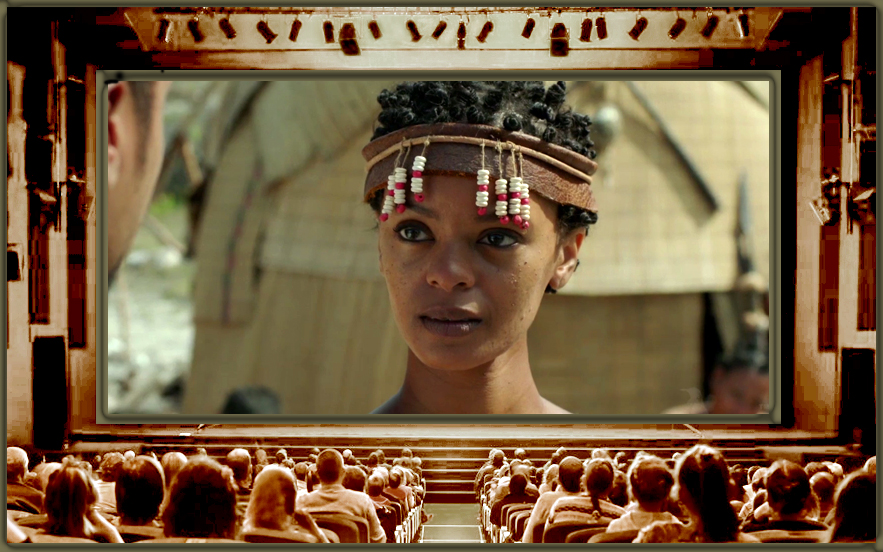 Roberta Durrant, Krotoa, (South Africa) Film Feature – Krotoa is a drama inspired by historical fact about a feisty, bright, young 11 year old girl who is removed from her close-knit Khoi tribe to serve Jan van Riebeeck, her uncle’s trading partner from the original Dutch settlement on the Cape. She is brought into the first Fort established by the Dutch East India Company in 1652. There she grows into a visionary young woman who assimilates the Dutch language and culture so well that she rises to become an influential interpreter for van Riebeeck. As such Krotoa ends up being rejected by her own Khoi people and eventually destroyed by the Dutch when she tries to find the middle way between the two cultures. Torn between cultures and loyalties, this film explores her tumultuous life with beautiful cinematography, expert story-telling and both nuanced and powerful performances by the entire cast. From award winning team Roberta Durrant, Kay Ann Williams, Uwe Jansch at Penguin Films. (International Emmy-nominated Sokhulu and Partners, Home Affairs). Stars Crystal Donna-Roberts, Armand Aucamp and Deon Lotz.

Sean Southey / PCI Media Impact (USA), Nature for All, Nature/Environment/Wildlife – #NatureForAll is a global movement to inspire a new generation of thinkers and doers across all sectors of society to connect with nature and take action to support its conservation. This beautiful and moving short flows with the music and inspires the viewers with artful simplicity.

Bertram Verhaag (Germany), Code of Survival, Doc Feature – Three sustainable, achievable and trend setting agricultural projects in India, Egypt and Germany are highlighted as alternatives to the health and environmental destruction caused by pesticides used in the USA and elsewhere. With a personal and impactful narrative, tight editing and striking cinematography.

Fabien Colas (Luxembourg), Roxy, Film Short – Roxy is an aging prostitute, working in a lovemobile on the German-Luxembourgish border. After being rescued from a brutal rape, she meets Jeff, a young man, whose intentions seem unclear to her. With nuanced, authentic and touching performances by Milli Schlesser and Christiane Rausch.

Melinda Janko, Fire in the Belly Productions (USA), 100 Years: One Woman’s Fight for Justice, Doc Feature – The David vs. Goliath story of a petite Native American woman who took on the United States Government and WON a $3.4 billion settlement for some of the poorest people in America. A shocking expose on the treatment of Native peoples in the USA.

David Naglieri (USA), The Face of Mercy, Doc Feature – Narrated by Jim Caviezel, The Face of Mercy explores the history and relevance of Divine Mercy in our turbulent times. Filmed in stunning 4K and seamlessly weaving together theology and history with modern testimonials and visual effects, this stirring film creates a remarkable tapestry of what constitutes the face of mercy in our modern world.

Ilana Trachtman (USA), The Pursuit, Doc Feature – A thoughtful retrospective of the last 50 years is combined with an intimate look at the present and the fight for LGBT rights. Emmy award-winner Trachtman takes us on a journey that is poignant, tragic, and often fun and reminds us that while there have been momentous changes, the fight for rights continues.