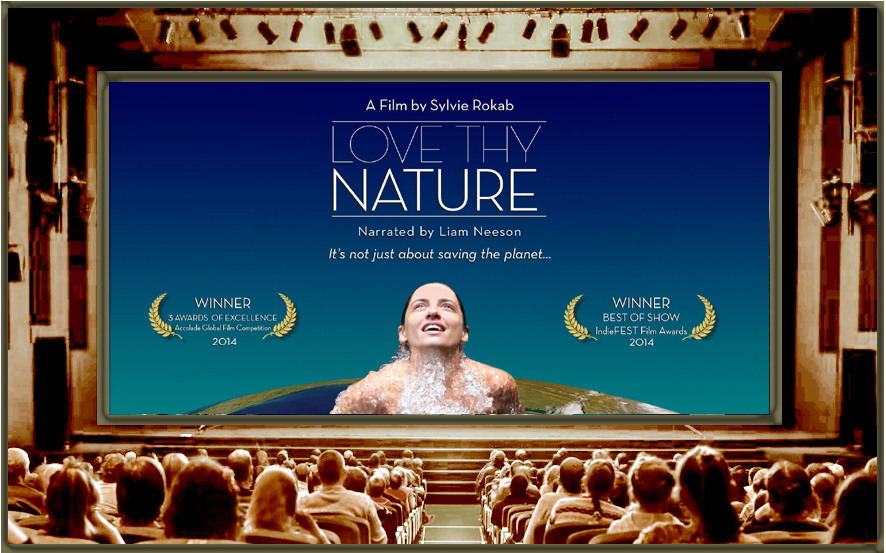 Sylvie Rokab – Love Thy Nature, Narrated by Liam Neeson, documentary feature. Love Thy Nature takes viewers on an awe-inspiring journey into the beauty and intimacy of our relationship with the natural world. And while our environmental crisis threatens the very survival of our own species, a renewed connection with nature holds the key to a highly advanced new era in human evolution. (more)

Brad Hall (USA), Generosity of Eye: is the story of a major art collection transforming into education for kids in the Harlem Children’s Zone. It is the very personal tale of actress Julia Louis-Dreyfus discovering how her father William’s passions for art, justice and education collide in a single act of generosity.

Roland Joffee (Belgium), The Lovers, feature film – A romance and time travel saga from the lush beauty of 1778 India to an archeological and dangerous ocean dive in 2020.   Starring Josh Hartnett and Bipasha Basu.

Javi Navarro (Spain), I’ve just had a dream, film short – Two girls. Two cultures. Two visions. A dream. They say that dreams are dreams. The only thing that makes them different is the person who dreams.

Paul Griffin (USA), Know How, feature film – a musical written and acted by youth in foster care.  A film about finding redemption in a broken system. Their lives.  Their stories. Their voices.