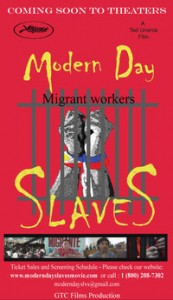 Each year the IndieFEST grants a Humanitarian Award to a filmmakerfor dedicated service to social justice, humanitarian causes or environmental issues. This year the award goes to Ted Unarce in recognition of his documentary,  Modern Day Slaves, which raises awareness among the public about the plight of overseas workers.

For many years, Unarce worked in the medical field, first as the owner of a biotech firm and then as the owner of franchises in the medical insurance industry, Unarce harbored what he calls a hidden fantasy that one day he would make a film. But, he said, his experience in mergers, strategic planning, manufacturing and marketing, offered him little direction in the movie business. In fact, not at all. So he created this film to address the exploitation of overseas foreign workers by focusing on four Filipino workers in Hong Kong and Saudi Arabia. 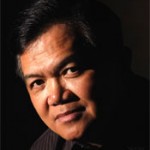 Still he was determined to address his hidden passion with a documentary about how people in third world countries survive difficult times.

Many Americans and Europeans believe that they will never get poor and they will always be where they are today, he said. I wanted to do a documentary about the third world and how these people survive during difficult times so that when the time comes, people in the first world countries will understand how to survive. I got some material that was extremely relevant to that day.

Yet like many aspiring filmmakers, Unarce made the mistake of turning to the wrong people to teach him the craft. I worked with a producer, and unfortunately got burned, he said. I paid him quite a bit of money, and the people that I thought I could trust apparently had a con game. The film never materialized, but the germ of the idea lead directly to Modern Day Slaves. 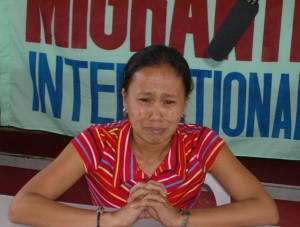 I wondered, how do these countries survive?’ I learned many of them use human labor as their number one export. It is a sort of white collar crime where many people in third world countries leave their countries to work elsewhere. Many of them are teachers, caregivers, doctors; people with engineering degrees, nursing degrees. They work in other countries as domestic helpers just to send money home so their families can eat. 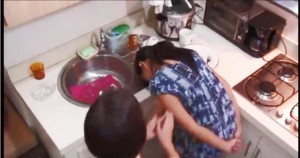 According to the film, 11 percent of the Philippine population now works overseas. Philippine placement agencies and the government depend upon remittances and fees from the overseas workers. President Arroyo boasted that the Philippines were not affected by the worldwide recession. What she failed to mention was that the reason the economy did not collapse was because of this $18 billion in remittances. It is $18 billion of income without the government lifting a finger at all, and much of that goes into the pocket of politicians. They don’t care, as long as the money is coming.

To get an overseas placement, workers agree to pay a fee to an employment agency. This fee can sometimes amount to five to seven months of wages. Because they are unable to pay in advance, they leave their home country bonded by debt and vulnerable to abuse. 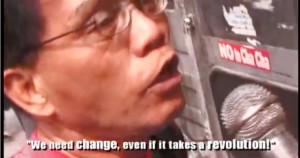 Unarce’s greatest challenge was finding victims who were willing to speak to him on camera. The process of getting the footage was very challenging. I had to speak to many of the victims that we interviewed in undisclosed locations. It was dangerous, because many of them were in halfway homes. They were reluctant. They thought we would turn them into authorities.

The most sensitive was an interview with a rape victim. During that interview her wounds were still very fresh, Unarce said. The rapist of that poor woman was a diplomat who was also a lawyer. We knew who the individual was. She was so scared that if she squealed and talked to us she would be killed. 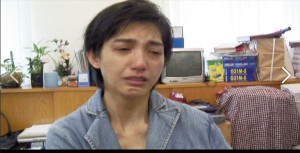 In the end, their desire to tell their stories outweighed their reluctance. We had to convince them that if they want their stories to be told they have to be willing to step up and face the cameras, Unarce said. Eventually they agreed to it. There were many more interviews that I could have generated, but I wasn’t able to because there were continuing threats to my life. In fact, there were two threats to my life.

At the film’s Los Angeles premiere, the film was lucky enough to have a full house. People were shocked, he said. They didn’t realize this kind of problem existed.

He believes that film is the best medium to raise awareness of global issues because it has a wider reach and touches the audience on a deeper emotional level than a book or an article can. 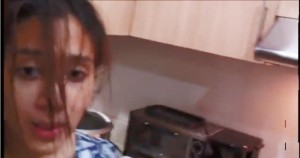 People are by nature visual, so I think I can carry the message much more effectively (with film). I want to make films that create awareness and touch the lives of people. But a film like this cannot do the job alone. Let’s educate, educate, educate. Make people work with one another, not fight one another. We don’t see some of these problems; we ignore the signs that have been there for so long. I’m beginning to conclude that maybe we’re being influenced by the corruption and greed of third world countries. We’re fat and greedy and we’re only thinking of ourselves. That is third world thinking. That is not just capitalism.

Unarce is gratified that the film has received attention and awards like the Indie, and he plans to make more socially conscious documentaries, but he is humble about his own status in the industry. I am not an Academy Award winning film producer. I’m learning the ropes, but I think if I stick to the message and I don’t get sidetracked in the ego trip, I will be ok.

(BACK TO HUMANITARIAN AWARDS)