Promoting independent filmmakers of cinematic gems and unique voices to a worldwide audience.

If Anything Happens I Love You – Will McCormack and Michael Govier 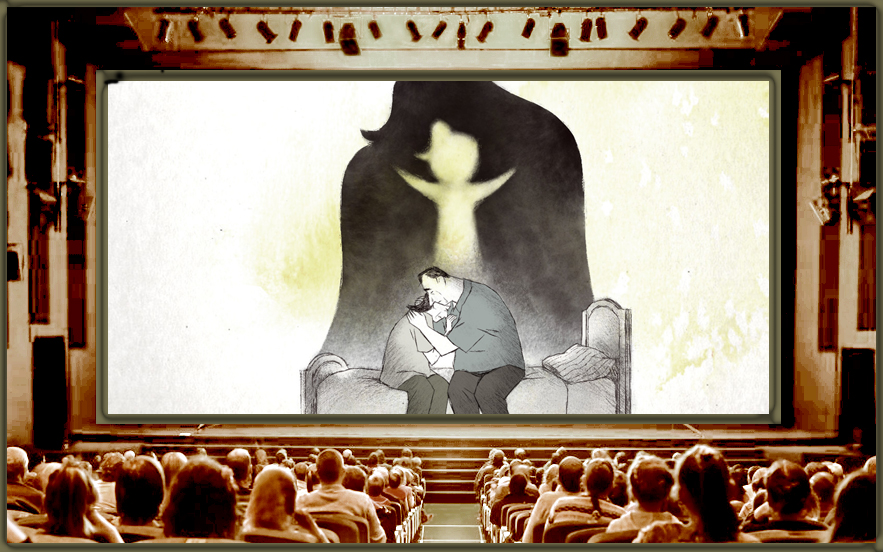 Will McCormack and Michael Govier (USA), If Anything Happens I Love You, Animation – Executive produced by Oscar-winner Laura Dern – A simple yet exquisitely profound animation depicting grieving parents struggling with the loss of their daughter after a school shooting. Creatively imagined using spirit shadows, engaging animation style and deft direction it captures the unimaginable loneliness and devastation of grief. Though innately tragic, it also portrays a feeling of healing and hope to all that have lost loved ones. It is a film with intention, a pitch-perfect tapestry of artistry and emotion. Driven by a beautiful soundtrack, outstanding sound design, sharp editing and an impactful animation style that brilliantly portrays every emotion of the characters. An inspired and heartful way of addressing one of the critical issues of our times. Animation Director Youngran Nho, original music by Lindsay Marcus (About Cherry), spot-on editing by Peter Ettinger (The Bourne Identity). Directors Will McCormack (Toy Story 4), Michael Govier (Best Friends Forever). Producers: Maryann Garger (Lego Ninjago), Gary Gilbert (La La Land), Gerald Chamales (The Irishman).  Executive Producers Jayme Lemons (Enlightened), Peter Morgan (American Sniper), Sydney Holland (#Horror).

Sara Ganim (USA), No Defense, Doc Feature – Pulitzer-Prize-winner Ganim brings the story of American citizens fighting the U.S. military over their usage of PFAS – a known toxin they have been using for decades that is contaminating waterways and causing illness and death for residents. Exceptionally well researched, paced and delivered.  Shocking facts punctuated by poignant messaging and touching stories.

Lucas Drummond (Brazil), After That Party (Depois Daquela Festa), Film Short – An utterly charming and poignant story of a son who sees his father kissing another man in the middle of a party and his struggle to find a way to talk to him about it. Delightful characters are brought to life by a talented cast and deft direction by Caio Scot. Stars: Lucas Drummond (Todxs Nós), Charles Fricks and Mel Carvalho.

Eric M. Klein and Dax Phelan (USA), Final Moments, PSA – A potent PSA about the end of life due to COVID-19 and the pain for all involved. A short but deeply raw and poignant message for our times, encouraging the use of masks to save lives. Directors Klein (Chimera Strain) and Phelan (Accolade Best of Show, Jasmine). Stars Greg Lucey (Last Dance), Maranda Mobley (First Kiss) and Jessica Sherman (Ultimate, Ultimate).

Shir Baron (USA), The Train to Qinling, Animation – A Middle-Eastern traveler gets lost on a train in China with no one else but a Panda! She must learn to communicate with him in order to find the adventure she was looking for. An utterly charming animation with engaging characters and superb emotional depictions – and a subtle message to find creative ways to understand one another. Ringling College of Art and design.